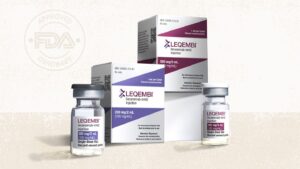 LEQEMBI is an amyloid beta-directed antibody indicated for the treatment of Alzheimer’s disease. Treatment with LEQEMBI should be initiated in patients with mild cognitive impairment or mild dementia stage of disease, the population in which treatment was initiated in clinical trials. There are no safety or effectiveness data on initiating treatment at earlier or later stages of the disease than were studied. This indication is approved under accelerated approval based on reduction in amyloid beta plaques observed in patients treated with LEQEMBI. Continued approval for this indication may be contingent upon verification of clinical benefit in a confirmatory trial.

Store in the original carton to protect from light

Do not freeze or shake.